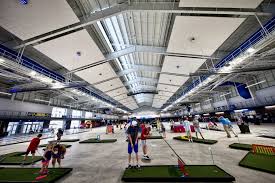 Ole Gunnar Solskjaer’s unbelievable start as manager of Manchester United (11 wins in 13 games) signifies that Reinier Linthorst Homan is booking several flights from Norway to Manchester. Voetbal Travel, Homan’s company is known for flying European fans to England for mini-breaks revolving around a match. “When someone is doing well we see an increased demand from their home country,” Homan tells me. “At the moment it’s Norwegian fans wanting to visit Manchester because of Solskjaer. A few years ago it was Dutch fans wanting to go there because of Robin van Persie. He’d moved to Man U from Arsenal – so of course our Arsenal sales took a corresponding dip.”

Football is a major attraction when it comes to London, Manchester and Liverpool dragging in the tourists. The Premier League’s oceans of cash have lured the best players’ world over, who in return have attracted fans worldwide. Margit Brusgaard and her husband Jens traveled from Holland to witness Arsenal playing at home. “Jens first got into English football in the 1970s,” she says, “when Danish TV [the couple are originally from Denmark] started broadcasting matches. Many years ago Jens had been to Arsenal’s old stadium [Highbury], and we wanted to see what the new Emirates stadium is like. It was a great experience – the fans and the atmosphere were wonderful. We were fascinated by the ground being in the middle of a residential area – that makes many of the English stadiums unique.”

To further add to the experience, Arsenal won. Though in maintaining with their form of recent seasons Margit had to hang around for quite some time until four minutes from the end for the only goal, and even then it was an own goal (from lowly Leicester). The next day Margit and Jens went back home on an EasyJet flight full of British heading to Amsterdam to observe King’s Day. ‘They were all dressed in orange – we were the only two people dressed normally.’