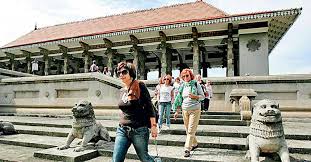 Sri Lanka tourism in 2018 was said to have reached an all-time height, with an astounding 2.2 million tourists visiting the country. As the news articles extensively publicized this staggering rate, little did anyone pay attention to the return in investment and the rush in local sales brought by these tourists.

Most of the visitors to the country spend less than $ 500 a week, attracting very little income and indirect employment for the locals, which does not contribute to the economy in return. So, what appeared to be the issue here in spite of having a never before seen rate of tourists rushing to Sri Lanka to make the most of our sandy beaches? Let’s dig a bit deeper into the issue.

At the same time, it’s important that Sri Lanka has a stable tourist inflow, our legislative and other bodies do not pay much notice to the type of tourists that visit the country. There has been a major increase in the number of budget hotels and other budget accommodations both inside and outside of Colombo. This number only seems to be increasing. Even though the sector must serve to all levels of tourists, our tourism sector should pay greater importance in bringing down tourists with higher spending power as this is where the real sales and surge in our economy lies.

In the bygone years, there has been a major rush in accommodations coming up in the North, Central Highlands, South and the Cultural Triangle of Sri Lanka. Approximately 80% of these hotels have room rates under $ 90 for double half-board basis. Moreover, in these regions, more and more hotels are growing in numbers simply because owners find this profitable market quite attractive and get into business either due to the fact that they were advised by a friend or saw someone do well in the same trade.