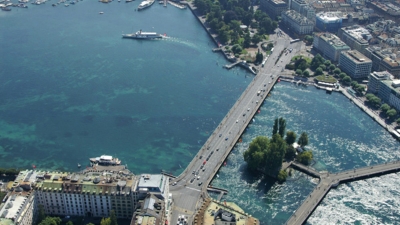 Renowned athlete and celebrity trainer Loïc Lapèze will be the Runner of Honour at the 12th edition of the Run for Hope in Geneva on Sunday, October 6, 2019. He will also host private coaching sessions at Four Seasons Hotel des Bergues Geneva on Friday, October 4 and Saturday, October 5, helping participants perfect their running technique.

The Run of Hope was established in 1981 by Four Seasons Hotels and Resorts founder Isadore Sharp to pay tribute to Canadian runner and cancer activist Terry Fox, with the goal of supporting cancer research around the globe. Four Seasons Hotel des Bergues is proud to host the run in Geneva. Powered by Datasport, the event is organised in partnership with local cancer research organisation La ligue genevoise contre le cancer.

The Run of Hope is open to all ages and skill levels. Options include 5 km and 10 km runs, as well as a casual 5 km walk or run, featuring a beautiful course along the Geneva waterfront.

“I am thrilled to join the Run of Hope for the third time,” says Loïc. “Supporting cancer research is such an important cause, and the atmosphere of the day is fun and inspiring. I’m here to provide personal coaching, so people can perform at their best.”

At 32 years old, Loïc Lapèze already counts more than 20 Ironman titles and is the French Champion of Thai boxing. In May 2017, he was ranked third in the Great Wall of China Marathon. A resident of St. Barths since 2012, Loïc has a passion for sports and coaching. He is known for his unique techniques in posturology and rebalancing the body. His philosophy is simple yet bold: “With ordinary talent and extraordinary perseverance, one can achieve anything.”