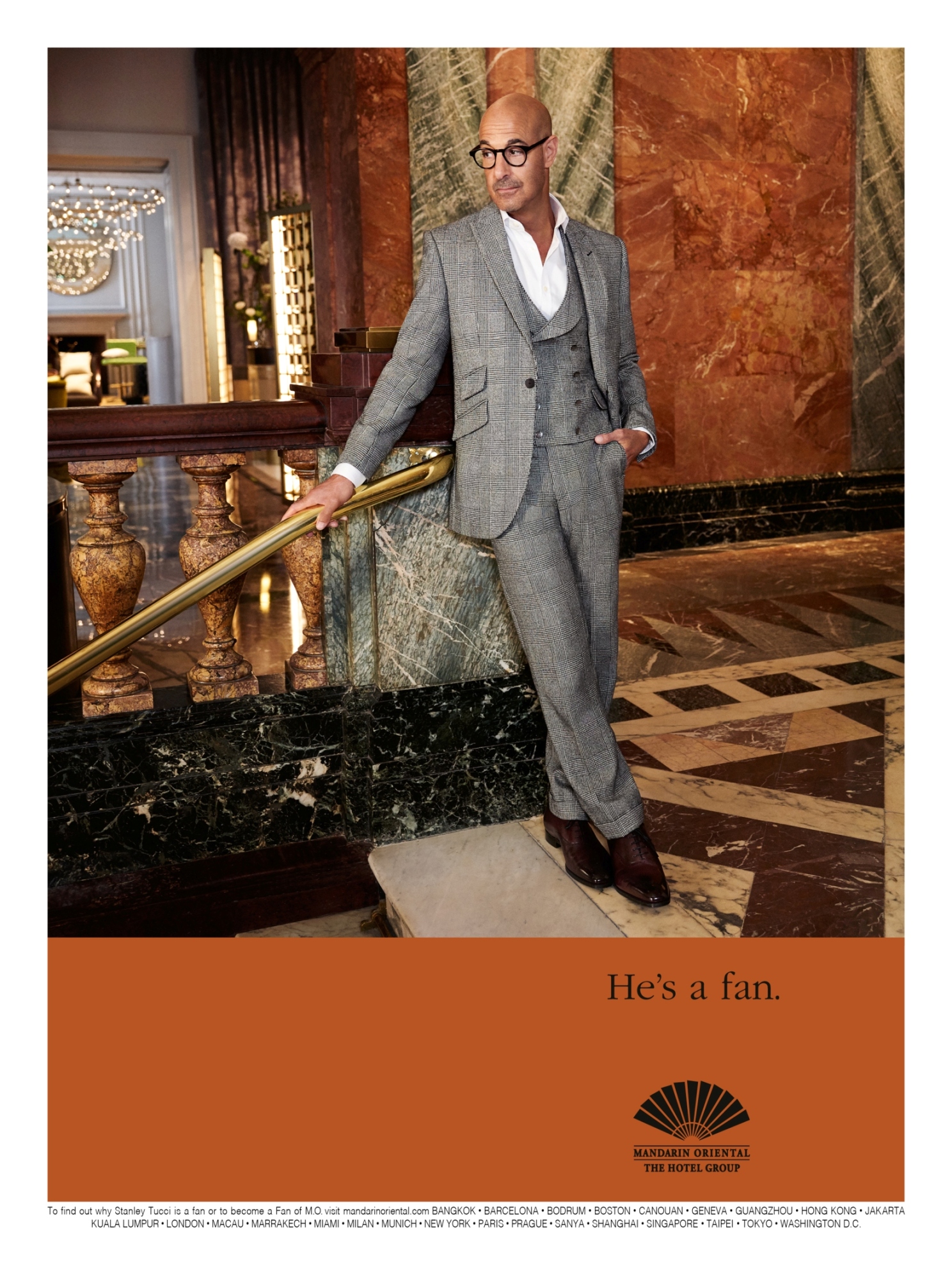 The campaign elegantly connects Mandarin Oriental’s well-recognized symbol – the fan – with international celebrities who regularly stay at the Group’s hotels. In appreciation of their support, the Group donates to each celebrity’s individual choice of charity. Tucci has chosen the global UN refugee agency, UNHCR to benefit.

Tucci has won three Emmy and two Golden Globe awards and has also had a successful career behind the camera, including writing and directing the critically acclaimed Final Portrait.

Outside of work, Tucci is a fan of travelling. He loves exploring cultural sites, his favourite being Florence where he spent much of his childhood. A self-confessed foodie, he has published several cook books and loves finding “perfect places to eat”.

Well-known portrait photographer Mary McCartney photographs each celebrity in a location of their choice which, for them, best represents a feeling of well-being. Tucci chose to be photographed in the beautifully renovated Mandarin Oriental Hyde Park, London.

“The award-winning campaign continues to make a strong statement about the Group in a simple and luxurious manner, and we are delighted to welcome Stanley Tucci as our newest ambassador,” said Jill Kluge, Mandarin Oriental Hotel Group’s Director of Brand Communications. “By focusing on celebrities who evidently appreciate the finer things in life, we have been able to showcase our hotels in a truly unique and interesting way,” she added.

More information about Mandarin Oriental’s fans and video interviews with the celebrities, including Stanley Tucci can be found on the Group’s website at mandarinoriental.com.