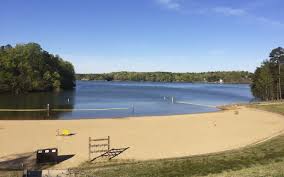 Last week, Lt. Gov. Matt Pinnell, who also serves as Secretary of Tourism and Branding on Gov. Kevin Stitt’s cabinet, came to speak at VisitNorman’s annual tourism luncheon. He said he aims to raise those numbers by promoting the film industry, rebranding Oklahoma’s musical heritage trail, promoting the state’s Native American history, agritourism, and Route 66 — something he called an untapped gold mine currently operating as a hot mess.

With an estimated return of $8 for every $1 spent on promoting tourism, Pinnell said the state should be spending more, not less. Last week, lawmakers put forth a budget that does just that, increasing the department’s allocation from $14.9 million to $18.1 million. Pinnell said efficiencies have been found to further the department’s mission, and, now working with a surplus, he said it is poised to beef up the state’s digital marketing to let people know that Oklahoma, with its 12 distinct ecosystems, is the place to film any kind of movie, the epicenter of Native American culture — the OKC Native American museum is expected to open in 2021 — and to have an authentic vacation adventure.

Today in America, people want to turn off their cellphone for three days, find a cute boutique hotel somewhere in a Main Street USA town. They want to return to that. They’re tired of the Dallases and Houstons and the two hour waits for a restaurant table and all the angry people. They are looking for that and if we don’t tell them that that’s right here in Oklahoma, then they’re going to go somewhere else. They’re going to go to Kansas City, they’re going to St. Louis. They got it right here in Oklahoma and it’s authentic. That has to be the centerpiece of what we do at the Department of Tourism, is selling that authentic American experience.

He said getting beat by Texas in the great game of tourism dollars is one thing, but getting beat by Arkansas is something he can’t stomach. He said his office is focused on moving the needle when it comes to tourism and entrepreneurship, something he said Norman does better than most.

At the local level, VisitNorman communications manager Stefanie Brickman said it was reassuring to hear Pinnell’s enthusiasm for tourism. VisitNorman executive director Dan Schemm agreed, noting that having such a pro-tourism voice in the governor’s ear is never a bad thing.

With over 60 parks, the state’s only urban state park at Lake Thunderbird, and a myriad of festivals, Schemm said Norman is a unique community, well positioned to grow in the industry. Shemm and Brickman said they’re focused on continuing to cultivate clusters and use targeted digital advertising to encourage visitors. Recently, they said they have had success with the addition of a Hampton by Hilton hotel in University North Park, which is slated to open later this year.

The sports tournaments are one way to put heads in beds and attract out-of-town dollars, he said. The Norman Forward sports facilities are for Normanites, he said, but they can also boost the city’s bottom line by driving sales tax dollars.

One thing he said the city is missing is a major convention center. He said VisitNorman will continue to explore different ideas on that front while focusing its marketing budget — roughly $200,000 annually that comes from a 50 percent allocation of the city’s hotel-motel tax — on ways to promote the great things the city already has to offer, such as its growing Walker Arts District. Norman Arts Council executive director Erinn Gavaghan said arts funding may not seem critical at first glance, but the impact of funding (or de-funding) arts programs and cultural spending is immense, and, in Norman the proof is in the artsy pudding.

When visitors come to Norman to see a show at the Sooner Theater or to take in a Second Friday Art Walk, she said they spend an average of $60, and that’s outside of any admission fees. “Annually, we generate around $5 million in revenue,” she said. “So, that’s a huge return on investment.”

According to a report released last week by Americans for the Arts, arts and culture organizations in Norman produced $11.5 million in community spending in FY 2015, which equated to $44.6 million in audience spending. In total, that adds up to $56.1 million in total arts related spending in Norman.

According to the report, that’s enough to support 1,544 full-time jobs and generates $29.2 million in money paid directly to residents and $1.8 million for local government. Another telling statistic from the report’s survey was just how many people came to Norman for arts and culture.