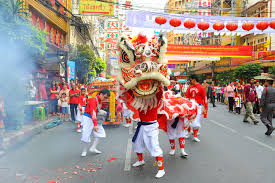 The headquarters of State Railway of Thailand will soon turn into a boutique hotel for the luxury tourists.

This is a three-story building with wide wooden staircases, parquet floors, tall windows, broken air conditioners and no elevators.

This palatial building was founded by King Chulalongkorn (Rama V) in 1890. SRT is now one of the kingdom’s biggest property holders, with an estimated land bank of 200,000 rai (32,000 hectares) nationwide.

There is an estimated 40,000 rai (6,400 hectares) of those holdings have been classified as “non-core” land, i.e. unused for “core activities” such as railway activities. While land-rich, the State Railway of Thailand is cash poor and heavily indebted, to the tune of an estimated 200 billion baht (US$6.4 billion) at the end of fiscal year 2016- 2017, ending on September 30, 2017.

In 2017, the estimated operating loss, before interest and depreciation, was 5.4 billion baht (US$170 million). This gave the ranking the SRT among Thailand’s worst performing state owned enterprises (SOEs). After the May 2014 military coup, the State Railway of Thailand was grouped with six other financially challenged SOEs and tasked by soldier politicians with devising a debt rehabilitation plan as part of the military regime’s broad effort to reform the SOE sector.

At a meeting on January 19, 2018, coup-installed Prime Minister General Prayuth Chan-ocha approved in principle the  rehabilitation proposal of the headquarter of State Railway of Thailand.

The crux entails the establishment of a separate company to handle its vast property holdings, much of which sit in prime locations in Bangkok.

With this revamp, there will be the influx of tourists as Thailand is the most common destination in South Asia for beaches and the vibrant city life. The losses made by State Railway of Thailand will also be managed by this conversion.