StatsCan says Canadians are spending less within Canada on tourism 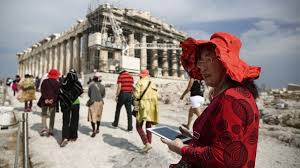 A travel expert has stated that for the first time since the last recession, Canadians have been spending less money on tourism at home for a second consecutive quarter.
Released on Thursday the report discovered that tourism spending in the initial quarter of 2018 totalled $21.8 billion, a modest 0.2 per cent boost from the previous quarter.
A closer observation at the figures found that Canadians spent less in the early winter months of this year. The greatest drops were seen in recreations and entertainment (-2.6 per cent) vehicle fuel (-1.4 per cent) and food and beverage services (-1.4 per cent).
But then Statistics Canada also found that Canadians spent more money on accommodations and air travel, which almost made up for the difference. The total decline accounted for 0.1 per cent, which comes following a much steeper 0.9 per cent drop in the previous quarter.
It’s the first time since the start of 2009 – just months after the 2008 recession broke – that two back-to-back drops in domestic spending were recorded.
The apparent reason might be that after a full year of Canada 150 celebrations, Canadians simply want something new, feels Jillian Dickens, director of Bannikin, a Canadian travel and tourism consultancy.
Dickens added that Canadians were really proud and enthusiastic of Canada last year and this year they might be experiencing some fatigue.
Despite lower domestic travel numbers, strong international numbers drove overall tourism spending into the black.
International visitors to Canada spent more on air travel (3 per cent), accommodations (1.2 per cent) and food and beverage services.
Most of those visitors appear to be from overseas. Same-day visits by Americans zipping across the border into Canada dropped in early 2018, but overnight travel from abroad increased, Statistics Canada research indicates.
Canada has been witnessing a surge in travellers from China in recent years. Destination Canada states that a record-setting 682,000 arrivals from China were recorded in 2017, marking an increase by 12 per cent from 2016.
Dickens thinks that Canada among Chinese travellers is considered a very attractive destination for the wide open spaces, the nature, the fresh air, which is a real entire for Chinese travellers.
The political climate in the U.S. has also drawn wealthier Mexican travellers to choose luxury Canadian destinations over the U.S., Dickens said.
As for Canadians who work in tourism, employment dropped 0.4 per cent after a flat-lined fourth quarter in 2017. Most of those losses were in air transportation.