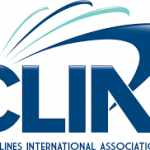 Offering an in-depth look at the cruise sector’s overall global economic impact as well as the global trends impacting cruise travel in 2018  the Cruise Lines International Association  released in the 2018 State of the Cruise Industry Outlook.

A projected 27.2 million passengers are expected to set sail in 2018 according to the current data which revealed that cruise travel is on the rise.

More ships are scheduled to set sail in 2018 to meet the demand.

Around 27 new ocean, river and specialty ships will be launched in the coming year by CLIA Cruise Lines.

Cindy D’Aoust, president, CLIA said the cruise industry continues on a growth trajectory, gaining in consumer interest and creating a positive impact on the global economy.

The 2018 State of the Cruise Industry Outlook will keep updated about the global cruise industry and its impact on the global economy and identify new travel trends that will influence cruise travel in the future.

CLIA UK and Ireland reports record levels of travel agent members in 2017 which was up 12 per cent year-on-year.

Andy Harmer, senior vice-president of membership and director CLIA UK & Ireland said  that in 2017, almost 90,000 online training modules were completed by their agent members and with the addition of more modules all the time and even more incredible ships being launched this year, it is a  great time to be a cruise travel agent.

£94 billion in total output worldwide was generated by the cruise industry expenditures it supported more than one million full-time equivalent employees who earned £30 billion in income showing  an increase from previous years.