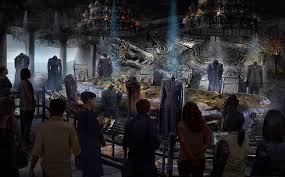 Shot across 49 locations across Northern Ireland, ‘Game of Thrones’ has turned out to be one of the most popular HBO original series to have ever been produced. After the recent release of episode one of season eight, fans will be even more excited once the final season ends. One can explore Westeros in real life soon!

A studio tour set in Northern Ireland would be open to the public or Game of Thrones fans by 2020.

The makers of the show have said that one of the studios will open with a tour on offer.

They are considering including the standing sets for iconic locations from the show such as Winterfell, Castle Black and Kings Landing alongside a formal studio tour at Linen Mill Studios, which will showcase material and props from the series over an area of 1,10,000 sq. ft., spanning across all seasons. The tour is expected to open by next year.