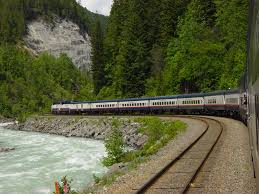 In a new study by luxury rail operator Rocky Mountaineer, it has been revealed how some of the UK’s commuter rail routes now cost as much per kilometre as several of the world’s most luxurious train journeys in far-flung holiday destinations including Australia, Canada and South Africa.

The train ticket fares saw a rise by an average of 3.4% beginning this year and when calculated it shows that the daily train ticket was costing them as much per kilometre as the trip of a lifetime onboard some of the world’s most luxurious consumer trains.

For 9p less per kilometre than the packed commuter train from Bedford to London St Pancras, Brits could recline in the lap of luxury on Australia’s Indian Pacific Train, with views of the spectacular Blue Mountains.

At a price of just 55p more per kilometre than a ticket from London Euston to Birmingham New Street, commuters could swap the snack trolley for gourmet meals and unlimited drinks onboard Rocky Mountaineer’s SilverLeaf Service on the train’s popular First Passage to the West route, which runs from Vancouver to Banff through the unparalleled landscape of the Canadian Rockies. Also, for more than 13p more per kilometre is a trip on the Blue Train in South Africa, whose 27-hour journey runs the 1,600km route between Pretoria and Cape Town.

For added luxury, a GoldLeaf Service journey onboard Rocky Mountaineer for two people along the First Passage to the West route (priced from £1,344.66 per person) would now set a couple back £2,262.68 less than a single annual season ticket from Cambridge to London King’s Cross – nearly half of the total £4,952 price tag.