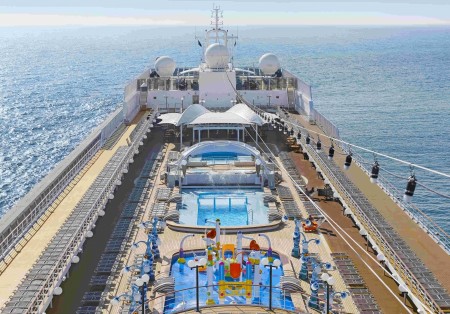 The Tokyo Metropolitan Government has mentioned that it has chosen a Switzerland-based shipping company to operate a “hotel ship” during the 2020 Tokyo Olympics and Paralympics.

This brand new hotel ship concept is one of the measures being taken by the central government with an aim to address an anticipated accommodation shortage while the sporting events are in progress.

Tokyo city officials say they chose the Japanese arm of the Switzerland-based MSC Cruises to operate a hotel ship after inviting public applications.

Officials say the 65,000-ton cruise ship “MSC Lirica” is expected to be used as a temporary hotel. The mid-size cruiser boasts about 1,000 staterooms and can accommodate up to 2,600 guests.

The ship would be docked at a pier in Koto Ward. The Tokyo government and the shipping company will be discussing details of its operation after signing a memorandum.

The central government will also permit several other piers on Tokyo Bay to be used for such temporary accommodations.