Tanzania all geared up to draw 2 million tourists next year 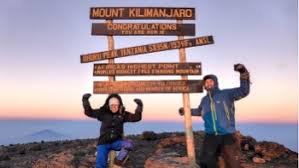 TANZANIA Tourist Board (TTB) has explained that it is on the right track to meet the target of raising tourists’ numbers to two million in 2020 from 1.49 million last year.

TTB Managing Director Ms Devota Mdachi informed the ‘Daily News’ in an interview during the weekend that their main aim was to bring in at least two million tourists to boost up foreign currency earnings.

“We were given target of attracting and raising the number of tourists to two million by 2020. We are moving on the right direction to meet the target,” she said.

In Tanzania, tourism is the major source of hard currency, well-known for its beaches, wildlife safaris and Mount Kilimanjaro.

In April, Tanzania welcomed 1,000 tourists from Israel visiting the tourism attractions in the northern circuit and Zanzibar.

As per TTB, this was the highest ever single group of visitors from Israel to Tanzania.

Previous week, Tanzania welcomed 300 tourists from China with next group expected next month.

She said the continuing initiations to endorse tourist attractions in various parts of the world will grow the number of tourists. She explained the board at present eyeing new destinations like India, UAE and other European countries.