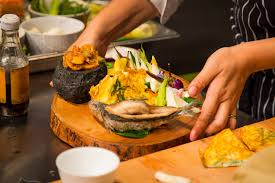 The tourism authority of Thailand (TAT) aims to transform the UNESCO world heritage town of Sukhothai into a destination of unique culture and local cuisine as it wishes to promote local and international tourism in the province.

According to Somradee Chitchong, the Executive Director of TAT said that the agency plans to invite members of the Association of Thai Travel Agents for visiting tourist sites and various local communities in Sukhothai for seeking overseas business opportunities.

To quote Ms. Somradee, “Sukhothai province has become a top destination for foreign tourists thanks to its world heritage sites and the Loy Krathong festival. However, the province has many other potential products that are yet to be developed.”

A new route linking Sukhothai with Phrae and Nan provinces this March would be launched by the TAT and travel operators. This move would attract more tourists and locals to the North.

TAT also aims to organize the first Sukhothai-specific trade event by carrying out a business travel talk in Chiang Mai on 19th of this month, regarding which, operators from all major provinces will come together and negotiate new routes throughout the north, especially in Chiang Mai and Sukhothai.

Ms. Somradee said that the village of Baan Na Ton Chan can be developed into a new community-based spot for both domestic and international tourists. The village has 23 homestays, pushcart tours, organic farms along with traditional village houses.

The province received 1.29 million local and foreign tourists in 2016 and the top countries for origin for these tourists were France, Spain, Germany, China and England.