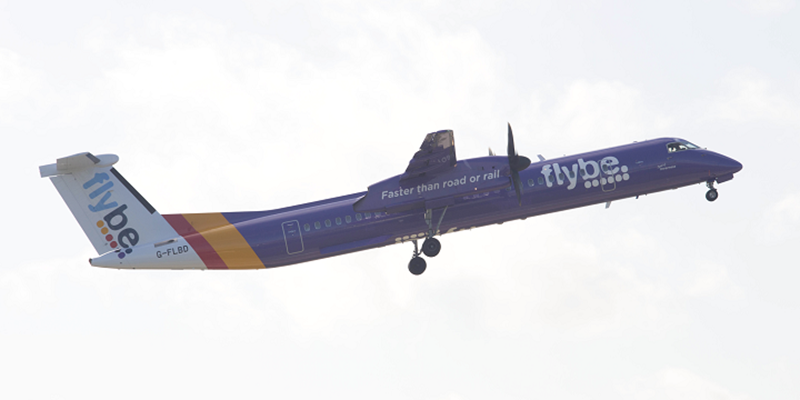 An engine failure forced a Flybe plane to make an emergency landing with only one working engine at Birmingham Airport.

The pilot shut down one of the aircraft’s engines mid-air as a safety precaution after a technical fault.

Flybe said the BE 321 flight from Aberdeen Airport landed without incident, just before 10:00 BST on Monday. All 47 passengers disembarked as normal.

It apologised and said safety was “the airline’s number one priority”.

The airport emergency service vehicles met the plane as a precaution.
Last month a Flybe Q400 plane travelling from Scotland to Northern Ireland also made a similar emergency landing after developing a technical fault.