Temporary shutdown of Water Park in England, 30 children got ill 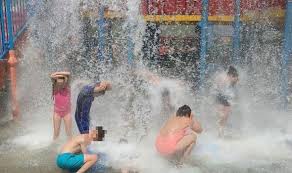 Dozens of children who visited the Twinlakes Family Theme Park in Melton Mowbray, Leicestershire got severely ill and were down stomach pain, nausea and diarrhea.

Last week, the students at Springbank Primary School in Eastwood, Nottinghamshire, England went to the theme park for an end –of-the-year trip.

A parent reported that her child became violently sick and was doubled over in pain.Another parent complained of severe diarrhea and projectile vomiting. Some considered that the sickness was due to heat.

A parent Simon Taylor said that it was a hot day and they were all running around, so he  assumed it was too much heat exposure.But then he heard all the other parents were saying their children were sick, all with exactly the same symptoms. He  thinks there are around 30 now.

Some of the parents tried contacting the park but the response was ‘unhelpful’.The concerns could have eased if the park reacted properly to the parents and took more responsibility.

The incident is being invested by Public Health England and the Au Guang Dragon Zone Water Park section of the Twinlakes Family Theme Park has been closed.

The park’s website revealed that Twinlakes owners apologized for any inconveniences  or disappointment  due to the closure of the water park.