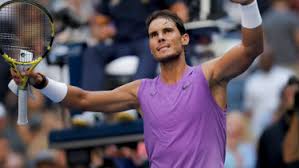 Spain and Russia will be the headline teams at the inaugural ATP Cup in Perth from January 3 to 8 next year. In a huge coup for Western Australia, current world number two Rafael Nadal will represent Spain in his first visit to the State.

The line-up of countries was revealed today during the ATP Cup Official Draw, live streamed to the world.

The ATP Cup offers the world's best players $A22 million in prize money as well as valuable ATP ranking points.

The State Government has secured the event for WA and is expecting thousands to travel to Western Australia to see tennis' elite male players in action. The event will also be broadcast to a global audience.

Today's official proceedings revealed the top 18 countries, plus Australia as the host country wildcard, to take part in the 24-country team competition and in what city out of Perth, Brisbane and Sydney they will play.

The remaining five teams will be drawn in November.