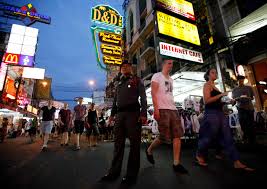 As Thailand works to curb the spread of corona virus that has already infected more than 90,000 across the globe, authorities have sent confusing messages about restrictions for travelers.

Thailand’s Public Health Minister Anutin Charnvirakul said in a post that all visitors from “high-risk zones” would be required to quarantine themselves for 14 days. The post, which was quickly deleted “without explanation,” reportedly mentioned Singapore, Japan, China and South Korea.

A day later, the Singapore branch of the Tourism Authority of Thailand said in a Facebook post that it has “not received any official government announcement on the quarantine/restriction for visitors from Singapore traveling to Thailand.” The agency also said in a separate release on March 3 that “Thailand does not recommend any travel or trade restrictions against China or other affected areas.”

These mixed signals come as the corona virus hits Thailand’s tourism sector, which accounts for a significant proportion of the country’s economy.

Thailand reported 4 new cases of corona virus on Thursday, bringing the total to 47 cases. One fatality from the disease has been recorded so far.

A spokesperson from the Royal Thai Embassy in Singapore previously said that passengers arriving from Singapore “need not have to go for quarantine, if they are healthy.”

Charnvirakul previously suggested canceling visas-on-arrival for Chinese travelers, which was opposed by the tourism minister and private sector.