Thailand keeps its doors open for the Chinese tourists 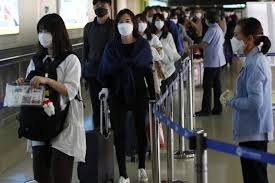 Amid the ongoing corona virus outbreak, Thailand has not restricted Chinese tourists from entering the kingdom, or dropped its visa-on-arrival fee waiver for attracting Chinese tourists.

This stands in clear contrast with concerned nations around the world. Singapore has banned entry to all Chinese passport holders and foreigners with recent history of travel to China. The U.S. has decided to stop entry to the country of foreign nationals who had been to China within a 14-day incubation period.

Japan and South Korea have resorted to milder measures blocking visitors from Hubei Province, the epicenter of the outbreak.

“We are 100% in control of the situation,” said Thai Prime Minister Prayuth Chan-ocha. As of Sunday, Thailand reported a total of 32 confirmed cases, among the most outside China.

As per research by Johns Hopkins University, Thailand ranks sixth among 195 countries for the world’s strongest health security, and the highest in Asia.

Thai economy’s high dependency on Chinese tourists is another reason to leave its door wide open. Around 10.99 million Chinese tourists visited Thailand in 2019, making the kingdom their favorite travel destination in the world. Chinese spending is crucial for the Thai economy, with tourism accounting for around 20% of its gross domestic product.

Thailand Minister of Tourism and Sports Piphat Ratchakitprakarn estimated that the economy will suffer 300 billion baht worth of damage if the global epidemic continues till March.