Home » Thailand MotoGP to be held as per schedule, expected to revive tourism

Thailand MotoGP to be held as per schedule, expected to revive tourism 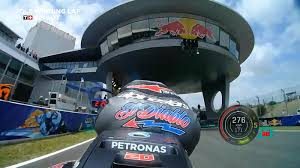 Next month’s motorcycle grand prix in Buriram is being promoted as the saviour of the flagging tourism sector, hyped to woo people back to Thailand despite the coronavirus epidemic.

Public Health Minister Anutin Charnvirakul said on Thursday the OR Thailand Grand Prix 2020 will not be cancelled, it will instead showcase Thailand’s readiness to welcome back tourists.

“We have the potential to attract tourists to return to Thailand,” the minster said at a countdown promotion for the three-day event.

The race is scheduled for March 20-22 at Chang International Circuit in Buri Ram.
Many sporting events have been cancelled, put on hold or cut back because of the Covid-19 outbreak, including football matches in Japan and Italy.

Mr Anutin, also deputy prime minister in charge of tourism, said he guaranteed safety measures would protect spectators. “On behalf of the government, I can assure everyone that the government can handle the outbreak,” he said.

The motorcycle grand prix in Thailand this year has been moved up from a late season race to the second event of the year, after the Qatar GP.

Newin Chidchob, the track chairman, said he expected this would generate more excitement, because the racers would be competing for early points to give them a good start to the season.