Home » Thailand reduces forecast for foreign arrivals this year to a range of 39-39.8 million

Thailand reduces forecast for foreign arrivals this year to a range of 39-39.8 million 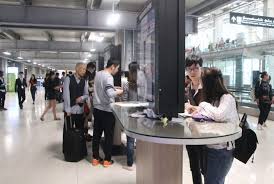 Thailand’s Tourism and Sports Minister Phiphat Ratchakitprakarn has reduced the forecast for foreign arrivals this year to a range of 39-39.8 million. This is a reduction from the positive projections at the start of the year that 40.2 million tourists would arrive in the Land of Smiles.

Thai tourism for the first half of this year grew only 1.4%, which is less than expected; hence, the new Minister admitted that the target of over 40 million would not be met.
Although the slight reduction in tourist arrivals, especially in some of the traditional ‘hot spots’, specifically in the months of April and May, was attributed to a ‘collapse’ or major reversal of fortune for Thai tourism, the numbers still show an upward trajectory for the year.

The Thailand Tourism Intelligence Centre said that 23.1 million foreign tourists visited the Kingdom between January and the end of August this year, which is nearly 2% compared to the same period last year.