Thailand remains a preferred destination for Chinese and Japanese travelers 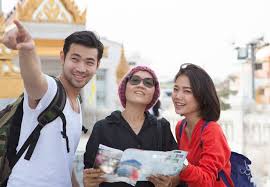 Bangkok also bagged the title of “most visited” city in the world for the fourth consecutive year, in spite of growing concerns about the impact of the ongoing U.S.-China trade war on economies and travel across the region.