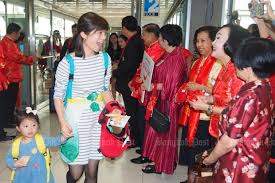 Travel and tourism have contributed US$109.5 billion and approximately 6 million jobs to the Thai economy, making Thailand the largest tourism economy in Southeast Asia, as per the WTTC.

But China’s monopoly over the Thai tourism industry is not so stable, and now several accumulated incidents are driving Chinese tourists away from their travel destinations in Thailand.

The baht has gained at least 5.5 percent against the US dollar since January, outperforming other currencies in Southeast Asia.

“It absolutely has an effect,” said Wichit Prakobgosol, Association of Thai Travel Agents President. “When compared to other Asian country currencies they would rather go to Vietnam, Malaysia, Singapore or Indonesia,” he added.

But even before the Thai baht became a stronger currency, there were other factors discouraging Chinese tourists from visiting.

July to October was supposed to be the high season for tourists from China. But the Thai Ministry of Tourism and Sports reported lower number of Chinese tourists.