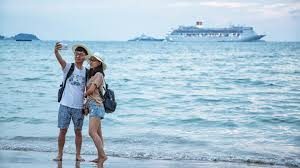 The domestic meeting and leisure market is being viewed as the last resort for the local tourism industry of Thailand for combating the decline in foreign tourists. However, in spite of government aid measures, demand is still slow.

After the delayed fiscal budget was approved, local tourism operators are expecting spending by state agencies to increase, starting from this month, said Phuriwat Limthavornrat, the president of the Association of Domestic Travel.

The domestic meeting and leisure market contributes up to 60% of the total domestic market, said Mr. Phuriwat.

Although operators know that many agencies are deeply troubled regarding the Covid-19 outbreak, they are hopeful about securing at least 20% of this segment during March and April as independent tourists remain worried about making trips.

Mr. Phuriwat said that hoteliers and restaurant operators are assuring customers about strict hygienic standards, complying with guidelines from the Public Health Ministry.
“Local operators have to use every method imaginable, but pricing is still the most effective way,” Mr. Phuriwat said.

Although the Tourism Authority of Thailand (TAT) has cut down its target for international visitors to 33 million this year, it has kept its goal for domestic trips at 172 million.

During the Songkran festival in April, TAT plans to introduce an additional 20 tourism routes attracting more than 100,000 travellers from 1 million members of the national pension fund.