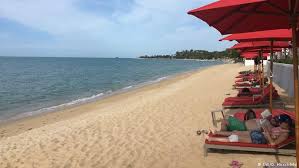 Of late, Thailand has been turning out more dependent on the tourism sector. Tourism contributes almost 12% of the GDP of the country. Its last year’s international tourist arrival is corresponding to half of its population size. The nation greeted almost 35.4 million tourists across the globe. Back in 2010, tourist arrival was not even half of the volume of today. Still Thailand witnesses a boom in its tourism sector. This year, it anticipates a rise of around 37.6 million tourists.

Tourism is vulnerable to any instability in the nation. There were many doubts as a result of the alteration in monarchy and terrorism threats. These uncertainties do not seem to influence tourism growth. International tourist arrivals grew 8.8%. In general, occupancy and room rates increased. Central Thailand’s occupancy rate increased to 74.6% in last year.

To enhance tourism, Thailand granted visa exemptions for its visitors from 21 countries. At the time of the six months of exemption last year, visitors from 21 countries increased by 4.5%. Nevertheless, the government lost 7.19 billion baht (US$230 million). This is not the first time that the government lost money from visa exemption and adjustments. In 2016, there was a 50% reduction in fees for visas on arrival.

Furthermore, the natural attractions of Thailand are degrading. The reason highlights over-pollution. Authorities had to order a provisional shutting down of the famous Maya beach. The coral reefs have been destroyed due to mass tourism and the islands’ fragile ecosystem.