The Annual General Meeting of the WTTCII held at New Delhi 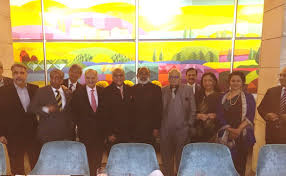 The Annual General Meeting of the World Travel & Tourism Council, India Initiative (WTTCII) was held on 11 December 2018 at New Delhi. During the AGM, the people mentioned underneath have been appointed as Office Bearers of WTTCII for the year 2019:

Ajay Singh, Chairman & Managing Director, SpiceJet Ltd. has been unanimously appointed as the Vice Chairman of WTTCII for the year 2019.