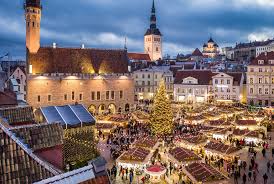 The Tallinn Christmas market has been voted the best in Europe in a poll which included 208,000 worldwide travellers, according to European Best Destinations.

According to Maximilien Lejeune, the CEO of European Best Destinations, “This recognition has a very important mediatic and economic impact if it’s well used”.

“Most of the past awarded destinations of our competitions (Porto, Bordeaux, Zagreb, Alpe d’Huez, Val Thorens, Strasbourg) used the official logo on all their advertising, fairs, city maps, websites, buses, flyers, goodies, to spread the word about this recognition,” Lejeune added.

In the last five years, Strasbourg, France, and Zagreb, Croatia, won the title of the “European Best Christmas Market” with a significant economic impact and more than 10 million of media coverage in international media.