Home » The travel & tourism of NY traverse an economic stir

The travel & tourism of NY traverse an economic stir 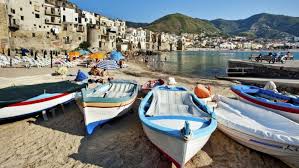 With every season, the travel and tourism jobs of New York characteristically go up and down. However, the instability of the sector covers up the pattern to a large extent.

In 2016, spending related to travel and tourism reached a newer and better height with $65 billion. To note, employment along with wages have grown two to three times faster than state economy on the whole. At present, the sector positions in the top five statewide. Few of the clarifications are pretty understandable.

The city of New York City carries on being a popular destination for travelers worldwide. The city accounted for over half of 414,100 jobs of the sector in 2015, as per the report of 2017 state Department of Labor, and more than two-thirds of the wages.

International travel is significant as more and more overseas travelers visited New York in comparison to other states in 2016, comprising a growing number of middle-class Chinese.
Less understandable are the economic, demographic and psychological constituents that boost the industry.

Kevin Jack, analyst of the Department of Labor market explained that the sector is “income-elastic”. It means that with growing economy, travel and tourism also grow simultaneously. The fundamental idea is that consumers have more optional income during an expansion. As a result, they are more inclined to increase spending on services. Nearly nine years of economic growth has raised tourism higher than the rest of the economy.