The US expects lesser number of tourists and students this summer 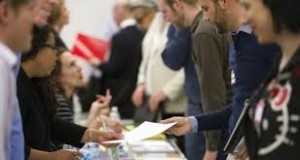 Graduation season is wrapping up fast and summer vacation is just starting off. This is a time enjoyed by Americans and visitors alike. Foreign tourists flock to America’s beaches, parks and cities, and students from all over the world come to the US to study in the world-class universities.

However, as per data, this summer may bring fewer of both.

Tourists and students account for roughly 80 percent of the total non-immigrant visas issued by the U.S. each year, boosting demand for goods and services, which propel economic growth and helps to power the tourism industry and higher education system.
Last year, international tourism directly contributed more than $200 billion to the U.S. economy, and international students contributed close to $40 billion.

As of now, fewer overseas travelers are opting to come to America, which poses a threat to economic growth at large. Specifically, issuance of B visas for both business purposes and pleasure, have fallen by up to 15 percent.

The number of international students opting to study in the United States has also dropped.

During the 2017-18 academic year, American colleges and universities saw a drop in international enrollment for the first time in over a decade. A 4 percent slump hit undergraduate and graduate programs alike. Several factors are responsible for this.

Firstly, the U.S. dollar has strengthened over the past few years, which has affected the buying power of foreign visitors, causing vacationers to rethink their US visit.

The infamous travel ban, along with administrative changes to the visa vetting process, are now seeing fewer visas approved for several countries.