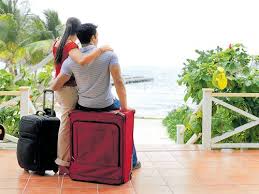 Thomas Cook, which mostly caters to its foreign clientele in India, is rethinking its strategy about rising travel spending by Indians. This year saw considerable growth in the number of visitors, both domestic and international, to the Kumbh Mela, which started on 15 January and ended on March 4 in Prayagraj, U.P. It showed significant potential in spiritual and religious tourism in India.

In an interview, Thomas Cook India’s Neeraj Singh Dev, Senior Vice President and Head, e-commerce, spoke about the significant change in travel trends in India and its ‘immersive tourism’ strategy.

He said that a major change this year is that people who are from middle-class India or upper middle-class India are willing to spend more than ever. Social media too is playing a great role. There has also been an increase in working millennials in metro cities. A lot of them are now showing interest towards spiritual tourism. People want to get away from the mundane routine of life and be somewhere which is purely spiritual. For example, in the Kumbh Mela this year, around 40% of the packages offered by Thomas Cook India have been booked by them.

Not only the spiritual event, but people in these packages can also indulge in local sightseeing including forts, temples and museums, and experience an adrenaline rush with some adventure sports.