Thomas J. Corcoran, Jr. to receive Above and Beyond Lifetime Achievement Award at “Lodging Conference” 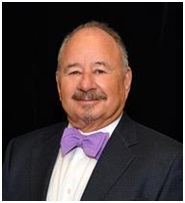 Harry Javer, Producer and Founder of The Lodging Conference, one of the industry’s leading events for Hotel Owners, CEO’s and Deal Makers, announced today that Thomas J. Corcoran, Jr., President & CEO of TCOR Hotel Partners, has been selected as the recipient of the 2019 Above and Beyond Lifetime Achievement Award. The award will be presented at The Lodging Conference on September 24, 2019.

Mr. Corcoran is one of the most experienced professionals in the U.S. lodging industry, with 40 years as a senior hospitality executive. Mr. Corcoran is most renowned as a founder and senior executive of FelCor, Inc. (“FelCor”), a publicly-traded real estate investment trust (REIT) focused exclusively on hotels. Mr. Corcoran served as Chief Executive Officer of FelCor from its founding in 1991 until beginning his tenure as non-executive Chairman of the Board in 2006. Mr. Corcoran served as Chairman of FelCor until its merger with RLJ Lodging Trust in 2017 – at the time of the merger, FelCor owned a diversified portfolio of 39 hotels in major markets throughout the U.S. and had an enterprise value of approximately $2.6 billion.

Mr Corcoran, Debbie Feldman and Joe Corcoran started TCOR Hotel Partners in the fall of 2017. TCOR has since acquired three hotels which includes a Towne Place Suites, a Holiday Inn Express & Suites and an Embassy Suites and is currently looking to acquire additional hotels in the premium select service sector.

Mr. Corcoran is currently serving as Chairman of the Board of Sammons Enterprises (“Sammons”), a global holding company operating within a diversity of industries (including real estate) and one of the world’s largest privately-owned companies, with over $97 billion in assets and over $6 billion in annual revenue. He has served as a Board member since 2010.

Mr. Corcoran has served as Chairman of the American Hotel & Lodging Association (AH&LA), the foremost representative and advocate for the lodging industry with over 54,000 affiliated properties, and currently serves on the Board of AH&LA. He also previously served as Chairman of the Owner’s Association of InterContinental Hotels Group, one of the largest hotel companies in the world.

“I am very honored and humbled to be recognized by The Lodging Conference, one of the most renowned hotel industry conferences,” said Tom Corcoran.

“We are thrilled to have Tom Corcoran as this year’s recipient of the Above and Beyond Lifetime Achievement Award,” said Harry Javer, Producer and Founder of The Lodging Conference. “Throughout his 40-year career, Tom’s visionary leadership has set the standard for excellence as the lodging industry transitioned through various business cycles and consumer demand trends.”