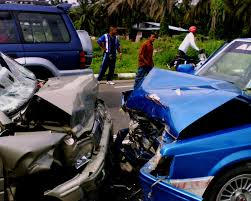 In a three-car crash in the northern Philippines, seven people were killed and nine others injured.

The jeepney, carrying 22 passengers, lost control and swerved to the opposite lane after being hit by a pickup truck and collided with an oncoming cargo truck, local police said.

Seven passengers were killed and the injured were taken to hospital.

The drivers of the jeepney and the cargo truck were injured. The driver of the pickup truck is now in police custody and waiting to be charged.

Jeepneys are the most popular mode of public transport in the Philippines. These iconic vehicles have been plying the Philippine streets for decades.