Tigerair given 4 days to ferry fliers out of Indonesia 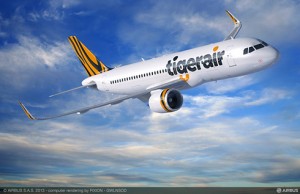 Budget airline Tigerair has been given four days to ferry stranded passengers home from Bali, after the airline lost access to Bali’s Denpasar airport on Thursday.

Tigerair, on Thursday evening, confirmed that the Indonesian Government agreed to provide the airline a four day reprieve, which will allow almost 2000 Australians return to home soil.

Australians were left stranded and furious when Tiger announced that “a decision by the Indonesian government to impose new administrative requirements” forced it to cancel Bali flights on Wednesday.

No further information was provided around why the airline was not able to fly to Denpasar, or the new requirements, but the ABC reported it was linked to breaches of Tiger’s licence around offering one-way tickets.

Initially, just four flights were cancelled on Wednesday, with customers offered refunds, hotel accommodation or being shifted to other airlines. Later on Wednesday, the airline updated customers that flights on Thursday and Friday would also be affected.

“In the event of further cancellations, customers will be contacted directly by Tigerair Australia,” the airline said in a statement, promising that Virgin Australia would “operate two flights from Bali tomorrow in order to bring as many affected customers back to Australia as possible”.

Customers have been furious, claiming Tiger did not communicate the news of cancellations until far too late, and had left passengers stranded in Bali. The airline did not post news of the cancellations on its Facebook page until Thursday morning.

One woman claimed she was not informed of the changes until she was in line at the airport.

Other fliers also shared stories of disappointment over their cancelled holidays.