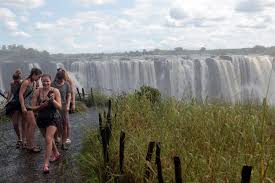 The Zimbabwean Government has thrown its full weight towards tourism endorsements, development and growth via sports as part of an insistent drive to advertise and market the country as a favorable destination.

At a time when the new administration is looking for means to alter the economy, tourism is considered as a low-hanging fruit, with huge possibility to broaden the employment base and assist in alleviating poverty in the short to medium term. The participation of travelers, in an active or passive way in sporting events has turned out to be a worldwide phenomenon, and studies show that the trend would add to the compound rate.

As per the United Nations, the last two decades have witnessed rising focus on sports tourism worldwide, involving travel for purposes for witnessing sports events, active participation in sports or simply to look at sports facilities infrastructure.

In that regard, several policies comprising sports tourism have been tabled for execution by the Ministry of Tourism and Hospitality Industry. Implementing a similar framework, the country is looking to create an influence through sports, to add a momentum to its plentiful natural wildlife and heritage tourism resources.

Just fourteen days ago, Government through the Zimbabwe Tourism Authority (ZTA), welcomed the World Class Legends, a delegate of former top notch footballers who traveled around the country’s resort destinations for the entire week. The expedition came to an end with an exhibition match against Zimbabwe’s football legends on June 20th at the National Sports Stadium. Also, top local league clubs – Highlanders and Dynamos, took part in the event.