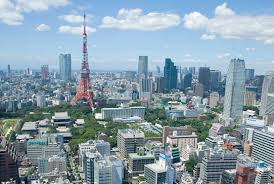 The Tokyo Olympic and Paralympic organizing committee as well as the Tokyo Metropolitan Government is seeking over 90,000 volunteers to welcome tourists to Japan for the 2020 Games.

The capital is presently thinking of various means to lure and train volunteers to offer ‘omotenashi’, that is the unique process of Japanese hospitality to the visitors.

For the Tokyo Games, two types of volunteer work have been planned.

One is for dealing with the venues that includes guiding the spectators at the facilities of the event, performing front desk jobs. On the other hand, the work involves guiding visitors to airports, sightseeing ports and important train stations.

The metro government and organizing committee plans to fix volunteers to commit to at least 10 days of work in the crucial venues and five days outside them, as per the version of the officials.

The recruiting process will commence around summer 2018, followed by application screenings and interviews.

One of the government officials said that the Japanese government is eager to boost the public’s thirst for volunteering through a series of symposiums and a dedicated website. But then, the survey also states that they would not have sufficient time to volunteer.

Therefore, the metro government has initiated efforts to motivate companies to adopt different holiday programs to ensure that the employees can participate as volunteers.

Some people are already active tourism volunteers who had got their taste of this task in the recruitment program of the government for the 2002 FIFA World Cup soccer finals that were hosted by South Korea and Japan.

For instance, the volunteers provide guidance to tourists at major sightseeing locales.

The most popular one is around Asakusa district of Tokyo. Many also favor a tour of the ‘depachika’ or department store basements where one can come across food emporiums especially in Shinjuku district. As part of the smart tourism boom here, volunteer guide services were leveraged by 987 tourists in the fiscal year 2015 and 1,207 in fiscal 2016.