Total number of trips to Ireland by overseas visitors went up by 2.7% last month 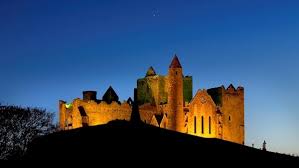 Last month, the total number of trips to Ireland by overseas visitors went up by 2.7% to 590,700, marking an increase of 15,400 compared to the same period last year.

The biggest increase came from outside of Europe or North America, growing by 22.6% to 258,100 in February. Trips by the US and Canadian visitors increased by 9% to 86,800 the same month.

The overall increase was welcomed by Tourism Ireland. “Overseas arrivals increased by 7% in the first two months of 2019,” said its CEO Niall Gibbons.

However, Mr. Gibbons spoke about the concerns surrounding Brexit and its impact on outbound travel from Britain.

“Arrivals in January and February represent around 11% of total annual arrivals and growth in the month of February alone has slowed to 2.7%,” he said.

Looking to the summer season, Mr. Gibbons said the air and sea access picture is looking positive, with increases in the number of airline seats from Britain, Mainland Europe, North America and long-haul markets.