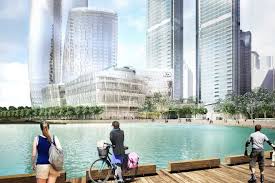 Tourism Australia has emphasized the consequences of extraordinary levels of investment in hotels that has taken in all the prime cities in Australia in recent years. Tourism Australia in this ‘new era of hotel development in Australia’ keeps a tab on the rise of lifestyle and boutique hotels as per changing consumer preferences, besides unprecedented boost up of luxury due to the entry of big name in international hotel brands.

At the forefront, Perth has its name in this hotel development, and will be highlighting its amenities and features to the delegates coming week at the Australian Tourism Exchange.

As the earlier phases of Australian hotel development have targeted on drawing big names in international hotel chains, the current one is described by an increase in lifestyle and boutique hotels, showing a change in traveler preferences. Never before have international and domestic visitors been exposed to such a variety of choices in terms of accommodation.

Lifestyle hotel brands are identical with experiential travel, slotting in stylized design elements which highlight local attractions – be it a trendy city laneway, a charming winery or an isolated beachside resort. Sydney has dominated the way with chic urban boutique hotels, offering individual and authentic travel experiences, with remained industrial buildings transformed into experiential destinations for international travelers. These comprise Paramount House Hotel of Sydney, developed on the former headquarters of Paramount Picture Studios, and the Little Albion, based on the site of a refurbished convent.

Also, visitors to Perth are witnessing the outcome of a decade-long urban development explosion which has rejuvenated the city and positioned it on the global map – Forbes and the NY Times have ranked Perth 11th as the top 14 destinations in the world for 2019. Perth’s $73.5 million Yagan Square, 60,000-seat Optus Stadium and the $200 million Raine Square redevelopment all received honorable position in Forbes Travel Guide’s annual list.