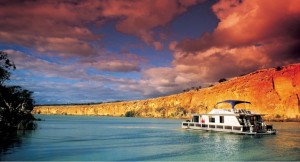 Tourism Australia is setting its new strategy to increase the arrival of the international tourists.

The tourism department is taking out premium strategy showcasing its quintessentially Australian style of barefoot luxury.

John O’Sullivan, the managing director of Tourism Australia said that after the record increase in tourists’ numbers in 2017, now they are looking to boost tourism by focusing on the markets with the greatest opportunity for travel.

The high-end travellers’ market is hailing from the United States, the United Kingdom and China. China has largest overall spend in Australia, although travellers from the U.S. and the U.K. spend more per capita.

For this reason, Tourism Australia will target the U.S. and U.K. markets first, and will ultimately include a China focus. No matter the country, the idea is to target the traveler who stays longer and spends more.

During the past decade, Australian tourism has grown its leaps and bounds when it comes to its luxury tourism offerings. The momentum in tourism industry began with the establishment of Luxury Lodges of Australia in 2010.

Additionally, most of the lodges that had been part of the original P & O Resorts portfolio were being sold off and reinvigorated under new owners.

It is for the first time, Australia had critical mass of true high-end room rates average $800 per day per person lodging product. But the world didn’t know that. As small properties can’t market globally, a collective voice was our solution. Once Luxury Lodges of Australia launched, the industry saw the power of collective marketing.

Tourism Australia recognized the independently-owned small businesses brought together as collectives could be catalysts for driving premium business.