Tourism businesses in Cumbria debate on challenges for £2.9billion industry 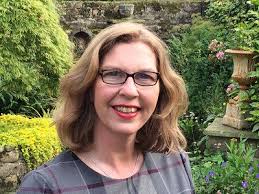 The new Destination Borderlands Initiative, plans for The Tour of Britain in Cumbria and a sample of the new branding for the English Lake District World Heritage Site – just some of the topics under the spotlight at Cumbria Tourism’s Annual General Meeting (AGM) on Thursday 14 June 2018.

This main event for Cumbria’s £2.9billion tourism sector will take place at The North Lakes Hotel in Penrith and is open to Cumbria Tourism’s 2,500 member businesses. Also, it will disclose latest research findings of Cumbria Tourism and feature a ‘Question Time’ style session with all the tourism gurus, next to an update on Cumbria Tourism’s achievements over the last 12 months.

Carlisle MP John Stevenson will get proceedings in the progress with news on the Borderlands Initiative, the main cross-border project targeted at releasing the economic potential for North of England as well as South of Scotland. As the Government’s designated ‘Borderlands Deal Champion’, Mr Stevenson will summarize what Destination Borderlands could mean for Cumbrian businesses.

The Tour of Britain will be on priority, along with guest speakers from Cumbria County Council (Executive Director of Economy and Infrastructure, Dom Donnini) and event management and sports marketing company SweetSpot (Chief Executive, Heath Harvey).

They will share detail in terms of a double coup for the county, as Cumbria is the host to two full stages of British Cycling’s premier road cycling race in September.