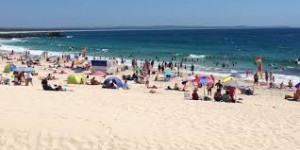 A coalition of government and business groups is kicking off a campaign to attract cruise ships to the Great Lakes.

Michigan Gov. Rick Snyder and other officials are scheduled to attend an announcement of the “Cruise the Great Lakes” initiative Thursday on Mackinac Island. The announcement will coincide with a port of call by Victory 1, a cruise line ship that regularly tours the Great Lakes.

The new marketing partnership includes several of the region’s states and Canadian provinces, plus port authorities and local tourism agencies. They say cruise ship tourism on the Great Lakes is expected to grow significantly in coming years. Eight ships were expected to visit this year, representing about 100,000 passenger port visits.

Two additional vessels plan to begin operating on the lakes in 2020.