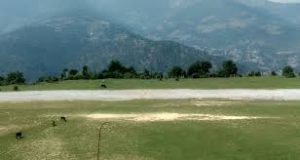 In a big question mark on its performance, the Tourism Department hasn’t succeeded in meeting the deadlines given to the Jammu and Kashmir High Court in regards to the completion of various components of project titled integrated development of Mantalai, Sudhmahadev and Patnitop authorized under Swadesh Darshan Scheme of the Union Government.

Furthermore, plans have yet not been devised for using the infrastructure like helipad and poly houses built by spending crores as a result of which the same will remain unprofitable spending for unspecified period.

Under Swadesh Darshan Scheme of the Union Government, a project—integrated development of Mantalai, Sudhmahadev and Patnitop having over 30 different components was recognized by the Union Tourism Ministry in September 2016 at Rs 97.82 crore and National Projects Construction Corporation (NPCC) was identified as implementing agency.

On the project, as there was no adequate work, a Public Interest Litigation (PIL) was filed by advocate Sumit Nayyar of High Court looking for different directions to the Government particularly Tourism Department and Patnitop Development Authority.

On November 16, 2018, a Division Bench of the High Court directed the Tourism Department to file status report in regards to different developmental works taken on at Sudhmahadev, Mantalai and Patnitop along with the projected dates of completion.

At the time of issuance of direction, the DB noted, “though the money is stated to have been released for the project yet the same has not been utilized which reflects that the works have even not commenced”. Thus, the Secretary to the Government, Tourism Department was asked to notify the court in regards to the measures taken in terms of the failure of the executing agency.

In the status report, the then Tourism Secretary Rigzian Sampheal presented all the particulars of the project titled integrated development of Mantalai, Sudhmahadev and Patnitop and projected different dates for the completion of different components.