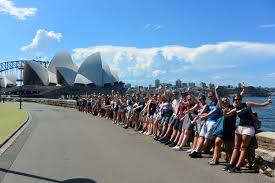 Tourism guru Guy Taylor has embarked on a six-month quest to find WA’s heart and soul. If he’s successful, it will initiate a new campaign to attract more international and interstate visitors.

Taylor admits that the end result may be surprising, unexpected and perhaps hard to swallow, but it will also be quite different being offered around Australia.

“Tourism marketing has become an explosion of the thesaurus factory,” Mr. Taylor said. “As a result, we end up with a foggy mess because everyone is using the same imagery and the same words in their campaigns.”

He added, “In our industry, all you need is a native animal, a demographically appropriate couple, a sunset and sunrise shot and a food and wine offering — you rearrange these anyway you like and that’s tourism marketing. We have to move away from this — and concentrate less on being similar to everyone else and more on what makes us different.”

Mr. Taylor has worked around the world including a stint with Richard Branson’s Virgin Records, and has started travelling around the State and hopes to complete his “narrative” by the middle of the year.

It will then be used to strengthen Tourism WA’s next marketing campaign.

Mr. Taylor’s approach has already turned successful in Tasmania, where his work led to the creation of the island State’s successful Go Beyond the Scenery campaign.

There has been a 15 per cent annual increase in overseas visitor numbers to Tasmania. While international tourists spent 7 per cent less in WA, they spent 13 per cent more in Tasmania.

Mr. Taylor said that tourists are now looking beyond beautiful, generic experiences to something more personalized.

“So we need to respond with more heuristic thinking on what makes us different,” Mr. Taylor said. “And the best way to do this is to put the focus on the people, on West Australians. If we can help visitors experience a place through its people — it’s a very potent force.”