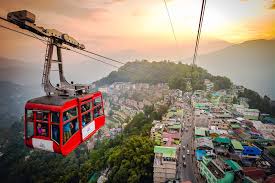 In the history of tourism, Guam creates new record, identifying December as the best month and last year as the best calendar year the island has ever witnessed.

December greeted around 146,104 visitor arrivals on Guam, as per the Guam Visitor’s Bureau, recognizing it as the best month in history of tourism.

Of all these record number of arrivals, Japan arrivals reached 42 percent of the market and Korea reached 44 percent.

Guam greeted a total of 1.55 million visitors in last year, creating a new record for the best calendar year in the tourism history of the island.

“We congratulate everyone in the tourism industry for pushing through 2018 with fantastic results and welcoming 1.55 million visitors to our island paradise,” said GVB President and CEO Nathan Denight. “We have much to look forward to in this new year as we grow and diversify in our source markets, share our CHamoru culture and work to welcome 1.6 million visitors in 2019.”

Guam Visitor’s Bureau statistics shows that Japan market carries on with its recovery.
Visitor arrivals from Japan increased by 26 percent in the first quarter of fiscal year 2019, in comparison to the same time in fiscal year 2018.

December alone experienced a 27.2 percent rise, in comparison to December 2017, in arrivals from Japan.