Tourism in India continues to grow 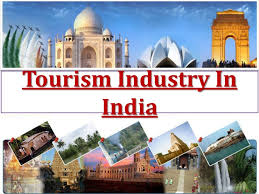 The Indian tourism industry is growing and it has enormous potential for generating employment and earning huge amounts of foreign exchange and also the possibility to provide a fillip to the country’s economic and social development. But India needs to do a lot more for becoming a world player in the tourism industry globally.

The economic impact of tourism is considerable since a huge amount of foreign currency comes from tourism. Moreover, tourism is seen as a major source of economic growth and employment creation.

A total of 212 million people are now being employed globally through direct and indirect opportunities generated by tourism.

Many countries are promoting tourism and it has become a source of major income for countries like India, Singapore and Malaysia. Tourism is, of course, a big industry in developed countries like the United States, the United Kingdom, France and Switzerland.

As per a recent WTTC report, India would add nearly 10 million jobs in the tourism sector by 2028. However, India, which is currently the seventh largest travel and tourism economy in the world, should work on improving infrastructure, said the President of WTTC Gloria Guevara.

Hence, promotion of tourism industry should be encouraged on a priority basis by the Government of India through an aggressive tourism marketing strategy.