Tourism in the UK aims for a bumper 2018 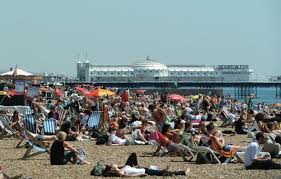 With British tourism bracing itself for another record this year, ‘The British Tourism & Travel Show’ took place at the NEC Birmingham from 21-22 March. The trade show offered a glimpse into the new tourism products and campaigns that key industry players and tourism boards are preparing to launch this year. The show also featured an extensive keynote program with industry experts and celebrities like the legendary TV pioneer, Angela Rippon, talking about her fascinating travel experiences.

With number of tourists visiting the British Isles growing, travel businesses seek to diversify their offerings by constantly developing new programs that can captivate the attention of visitors. Various destinations are also introducing themes for promoting the key attractions.

Visit Scotland is promoting the ‘Year of young people for 2018’. The country is promoting events, activities festivals and suggested road trips for young people, for those who are ‘young at heart’. Tourism Ireland has also launched a new campaign called ‘Wild Atlantic Way’ promoting the longest coastal drive in the world, along with numerous other activities. Wales is celebrating the ‘Year of the Sea’, promoting three new national coastal routes through the castle country and mountainous regions.

This year, The British Tourism & Travel Show featured the ‘New Destination Europe’ area for the first time where exhibitors from European countries had the opportunity to participate.