Home » Tourism in the US declines with Europe seeing a growth

Tourism in the US declines with Europe seeing a growth 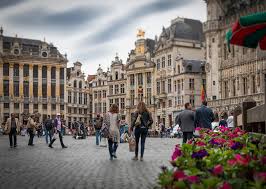 Although the number of trips made by global travelers increased by 7% last year, according to the UNWTO, trips to the U.S. fell by about 4%.

This decline follows a 2% drop in 2016, allowing Spain to surpass the U.S. as the second-most visited country in the world. Spain welcomed an estimated 82 million visitors last year, going up 9% from 2016. France remains the world’s top tourist destination, with traveler numbers surging about 8% to roughly 89 million.

According to industry experts, two key factors were behind the decline in U.S. tourism: The strong dollar and controversial policies on immigration and travel brought about by President Trump’s administration.

The dollar surged to multi-year highs at the beginning of 2017 versus other global currencies, making it less affordable for travelers to stay in the U.S., even though the dollar weakened over the course of the year.

The U.S. Travel Association said last week that it has seen a drop in tourist spending. This cost the U.S. economy $4.6 billion in the first 11 months of 2017. While the U.S. suffered, tourism to European destinations flourished.

“Europe recorded extraordinary results for such a large and rather mature region, with 8% more international arrivals than in 2016,” said the UNWTO. America’s neighbors also recorded growth in tourist arrivals: Mexico welcomed 12% more visitors and Canadians arrivals were up 4%. This was driven by increasing demand from the United States.”

This year, the forecasts for global tourism are upbeat, with expectations that the industry will grow between 4% and 5%.