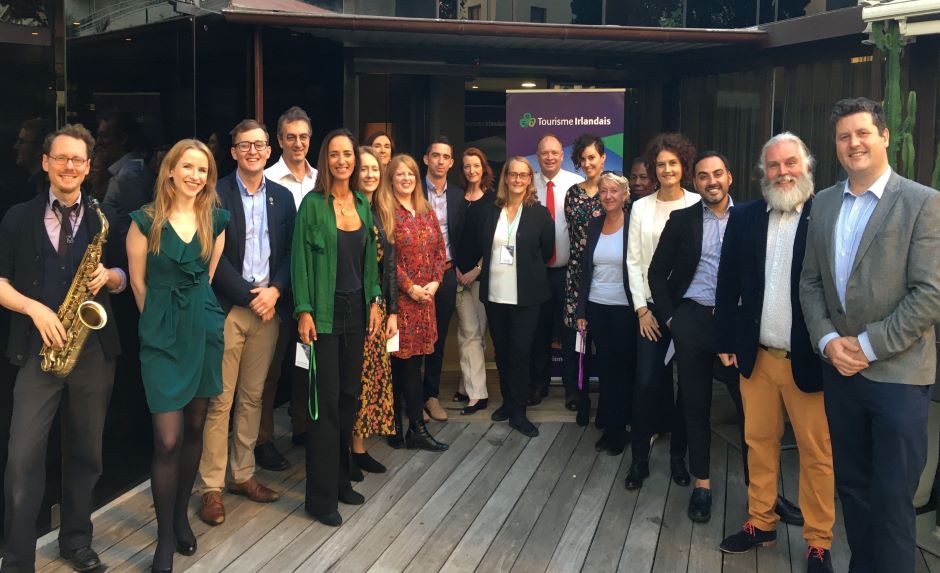 Twelve (12) tourism companies from the island of Ireland travelled to Nice this week – to take part in a B2B workshop and networking event, organised by Tourism Ireland. They met with local travel agents, to inform and educate them about Ireland and, in particular, our lesser-known attractions and hidden gems.

This is the final in a series of Tourism Ireland workshops which has taken place throughout the year in the French cities of Toulouse, Bordeaux and Lyon – which have direct flights to Ireland all year round. The main aim of these workshops has been to highlight ease of access from France to Ireland to the influential travel agents; and to deliver more business to Ireland’s regions in the off-peak season.

“Our workshop and networking event provided our partners from Ireland with an excellent opportunity to meet, and do business with, travel agents in Nice – ensuring that the island of Ireland is ‘top of mind’ for these travel agents when recommending and booking holidays for their clients, particularly in the shoulder and off-season months,” said Monica MacLaverty, Tourism Ireland’s Manager Southern Europe.

France is one of the top four markets for tourism to the island of Ireland.

Monica MacLaverty continued: “In 2018, we welcomed 547,000 French visitors to the island of Ireland. We are undertaking an extensive and targeted programme of promotional activity in France again this year – to build on that success and, in particular, to encourage more French holidaymakers to explore our regions and less-visited attractions, during the off-peak season.”