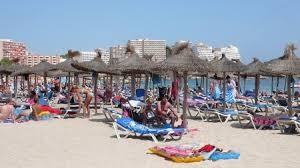 According to a new study, global tourism accounts for 8 per cent of carbon emissions, about three times more than previous estimates. The new assessment is bigger because it includes emissions from travel, plus the full life-cycle of carbon in tourists’ food, hotels and shopping.

The reason behind the increase is visitors from affluent countries who travel to other wealthy destinations.

The US tops the rankings followed by China, Germany and India.

Tourism is a huge and booming global industry worth over $7 trillion, and employs one in ten workers around the world. It’s growing at around 4 per cent per annum.

Previous estimates of the impact of all this travel on carbon suggested that tourism accounted for 2.5-3 per cent of emissions.

However in what is claimed to be the most comprehensive assessment to date, this new study examines the global carbon flows between 160 countries between 2009 and 2013. It shows that the total is closer to 8% of the global figure.

As well as air travel, the authors say they have included an analysis of the energy needed to support the tourism system, including all the food, beverage, infrastructure construction and maintenance as well as the retail services that tourists enjoy.

“It definitely is eye opening,” said Dr Arunima Malik from the University of Sydney, who’s the lead author of the study.

“We looked at really detailed information about tourism expenditure, including consumables such as food from eating out and souvenirs. We looked at the trade between different countries and also at greenhouse gas emissions data to come up with a comprehensive figure for the global carbon footprint for tourism.”

The researchers also looked at the impacts in both the countries where tourists came from and where they travelled. They found that the most important element was relatively well off people from affluent countries travelling to other well to do destinations.

Travellers from Canada, Switzerland, the Netherlands and Denmark exert a much higher carbon footprint elsewhere than in their own countries.

In the leading countries, US, China, Germany and India, much of the travel was domestic.