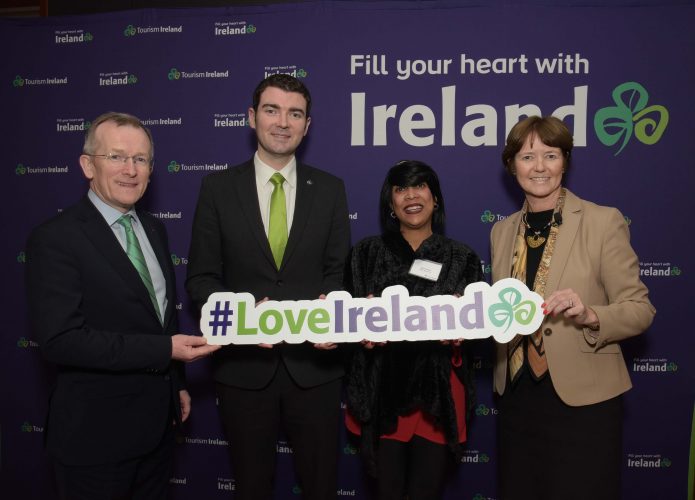 Tourism Ireland’s new TV ad – ‘Fill Your Heart With Ireland’ – is now running on major American TV networks, including ABC, CBS, NBC and FOX, inChicago, Philadelphia, Minneapolis, Denver, Dallas, Seattle, San Francisco and Hartford. With new flights to Dublin from Minneapolis-St Paul (with Aer Lingus) and from Dallas (with American Airlines) due to launch this year, Tourism Ireland is targeting travellers in both cities for the first time. The ads are also running on popular digital and social channels.

Tourism Ireland will prioritise North America once again in 2019, as a market which offers a strong return on investment, in terms of holiday visitors and expenditure.

Speaking at the launch in New York, Alison Metcalfe, Tourism Ireland’s Head of North America and Australia, said: “In 2018, we welcomed a record 2 million North American visitors to the island of Ireland. Looking to the year ahead, we are confident that our strategy – combined with more airline seats than ever before from the US, a strong dollar, as well as the strength and competitiveness of the vacation experience right around the island of Ireland – will deliver further growth. We look forward to welcoming more of our great friends from the United States this year and in the years to come.

“We have a very clear focus for the year ahead and that is to deliver a +6% increase in visitor numbers and +8% increase in revenue from North America. We will achieve this by working in close collaboration with our Irish and American tourism partners, rolling out an extensive programme of high impact campaigns and promotions which will target those consumers with greatest potential to travel to Ireland.”