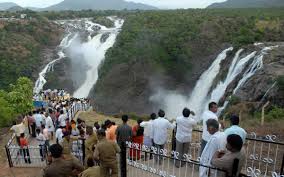 Youth and devotees visit the Kanchanagiri hills in crowds during weekends, bell rock being the central attraction.

Residents of Lalapet, Ammur and Mukundharayapuram in the newly created Ranipet district are demanding that tourism needs to be promoted in the district.

The famous ‘bell rock’ in Lalapet is a sensation among the youth of Vellore and Ranipet, who come to the spot in large numbers during weekends to confirm the rumor surrounding it. The rock is believed to be the place where sages performed penance to attain Lord Shiva’s grace. The bell rock, among the many rocks in the area, is said to sound like a bronze bell when struck.

V. Vignesh from Ammur said, “My grandfather would tell me that the hills had a reverential influence on his life. He said that worshipping the ‘bell rock’ and the Shiva lingas atop the Kanchanagiri hills extended many benefits to one’s life.”

L.C. Mani, the president of Tamil Nadu Farmers Association, Vellore, said that demand for a tourism park in the region was a long pending one.

The hill temple and the ‘bell rock’ are visited by a number of youth and devotees. There is an increase in deer population along the hilly terrains, and if developed, it could attract more visitors to the hills on a regular basis.