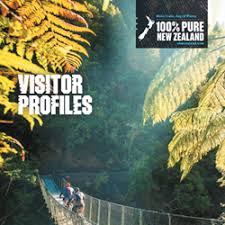 Tourism New Zealand campaigns are aiming on Australians to boost up their arrivals in the wake of the Covid-19 outbreak.

The organization received a $10 million funding from the government to improve as well as ease the pressure on tourism.

Tourism New Zealand (TNZ) explained that Australia was the market that provided the maximum chances in the short term.

Its chief executive, Stephen England-Hall, mentioned that the campaigns would feature teaming up with airlines, airports, and regions to enthuse short breaks in the shoulder season.

“New Zealand is entering a period of slowed international growth, with several markets in decline. Global events like Covid-19 has intensified this and we are retaking action to alleviate the impacts of the economy,” England-Hall said.

“We’ve carefully considered where increased activity from us will have the most impact on short and medium-term visitor growth.”

By now, a winter ski campaign has been introduced to draw maximum beginners into the regions off peak, along with displaying alternative activities including dog sledding.

“Around 66 percent of the growing Australian ski market are beginner skiers seeking an easy and accessible winter escape,” he said.

In the next spring-summer season, TNZ will target on drawing more post-Brexit UK tourists and visitors from the United States.

That builds on new airline routes linking New Zealand and US and collaborations, including The Late Show with Stephen Colbert.

The Chinese market had not yet been forgotten despite the Covid-19 outbreak.